When teaching fire safety, it’s sometimes easiest to begin not with what you should do, but what you shouldn’t. After all, most people seem to grasp the basic principles of fire protection. Everyone knows to have an evacuation plan, to stop drop and roll, and have a fire extinguisher on hand. But far too often, people make mistakes that end up making things worse. Here are three fire extinguishing mistakes to avoid. 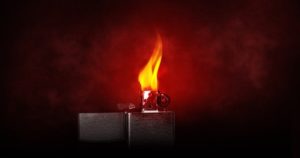 Here are some of the most common fire extinguishing mistakes to avoid in your home or business.

Blowing on the Flames

You might think this is common sense, but it’s still a mistake people all too often make. Many people think that blowing on a fire will put it out. This is only true with extremely small flames, such as candles. By blowing on a candle, you separate it from its fuel source—the wick.

If you notice the beginnings of a fire in your home or business, do not blow on it. Doing so will only make the flames burn hotter and hungrier.

It’s common knowledge that water extinguishes fire. But this doesn’t work for all fires. Let’s take the example of two of the most commonly occurring forms of house fires: grease and electrical fires.

You know how water and oil separate? In the case of a grease fire, the same principle is at play. When the water hits the flaming grease, it will ‘explode’ as they come into contact with one another. All this does is send flaming bits of oil further throughout your kitchen.

As for electrical fires, consider how water conducts electricity. Using water to put out an electrical fire is one of the worst fire extinguishing mistakes you can make, as it can potentially lead to electrocution.

In case you don’t know to do so already, make sure to pull the pin before attempting to use it. Otherwise, it simply won’t work.

The second fire extinguishing mistake people too often make is where they aim it. Aiming at the flames themselves is far less effective than aiming at the base of them. You want to target whatever it is that’s burning with the foam, not the fire itself.

If you want to ensure your home and business are safe throughout the year, trust Judd Fire Protection, LLC. We have over two decades of experience designing, installing, inspecting, and repairing residential and commercial fire protection systems. We serve clients throughout Maryland, Pennsylvania, Washington, D.C., Virginia, and West Virginia. If you are interested in finding out more about our services and protecting your home and business, give us a call at 410-871-3480 or contact us online. For more fire safety tips, follow us on Facebook, Twitter, and Pinterest.