What Well-Known Fires from History Can Teach Us Today 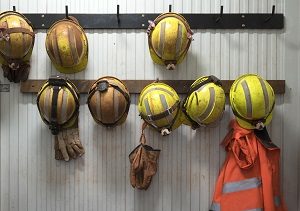 Here are some examples of well-known fires that happened in the past, and what they can teach us about fire protection in the present day.

We spend so much around the warmth of a fire and using it to cook or make it the centerpiece of our outdoor living space that we often forget how dangerous fires are. Here are two examples of well-known fires that happened in the past, and what they can teach us about fire protection in the present day.

The Great Fire of Baltimore

You may have heard of great fires that affected other historic cities throughout the world: Rome, London, and Chicago. But you may not know all that much about the Great Fire of Baltimore that happened in 1904.

It took two days and a force of over 1200 firefighters to put an end to the blaze. After it was over, 1500 buildings were ruined, and 70 blocks of the city were in cinders. It was a monumental catastrophe in more ways than just physical destruction, though. That’s because 35,000 workers were left unemployed.

Although cities across America were flourishing from coast to coast, fire protection methods and fire prevention weren’t standardized or made a priority. The city established a building code to ensure it could never happen again, and the National Fire Protection Association, or NFPA, got some time to shine. The NFPA mandated that hose connections and fire hydrants were all brought up to a single standard instead of allowing each municipality to have their own standard.

Other Fires from the Past

In 1916, another reminder of the dangers of carelessness around fires flared into life. This time, a fire caused by smoking killed six people. A chemical company in Kingsport, Tennessee was the next flashpoint of fire safety. A lantern explosion caused a tank of chemicals to ignite, and even though the fire was contained before it caused an extensive amount of damage or hurt anyone, it taught society about the dangers of putting heat sources and firestarters close to chemical fumes.

Fires can also bring other dangers with them. In one case, carbon monoxide is that danger. A man in a New York building had to be rescued from a fire by firefighters using cutting torches to reach him – he was too overcome by carbon monoxide exposure. And in the Texas town of Mexia, a collapsing opera house sparked an explosion that destroyed three buildings around it after starting a massive fire.

Categories: Fire Protection | Tags: fire, fire protection, and fires
This entry was posted on Friday, February 15th, 2019 at 1:56 pm. Both comments and pings are currently closed.