How Do You Put Out Battery Fires? 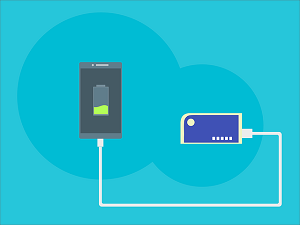 Most of your modern electronics, if they aren’t powered by electricity at least rely on batteries. So how do you put out battery fires?

Batteries power many of the electronics and tools that we keep in our homes. As technology has improved, batteries have become more efficient. Most of your modern electronics, if they aren’t powered by electricity at least rely on batteries. So how do you put out battery fires?

Instead, you’re far better off using a different fire extinguisher. That’s because lithium-ion battery fires are classified as class B fires. In other words, using a regular fire extinguisher should do the trick. Just make sure that it is labeled as ABC or BC dry chemical. If you’re wondering why a lithium-ion battery counts as class B, it’s because they have flammable liquids inside – electrolytes that help conduct electricity.

Why Do They Catch Fire?

Lithium-ion batteries will occasionally catch fire. While it has been in the news that certain smartphones are prone to exploding, this is a rare occurrence. It typically has to do with changing pressures as you ascend and descend in an airplane and a critical design flaw in the phone itself. That flaw has to do with the battery, and once the batteries are discovered to be flawed, they are immediately recalled.

However, sometimes the other cause of battery fires is harder to detect and predict. There could be several different causes for these fires, such as too much vibration, electrical problems, or an accident. Batteries short-circuiting isn’t a typical problem, however. Whenever they do, the voltage release is so small it shouldn’t become an issue. Heat buildup, so important to how a fire starts, could cause the shortage to grow worse. Eventually, the temperature will build until it is almost 400 degrees Fahrenheit – at 392 degrees, the shortage will spark into a battery fire. An explosion from the pressure is also possible.