How to Prevent Dryer Lint Fires

For most homeowners, it would be difficult to think of something more devastating than a house fire. Still, more than 350,000 house fires occur every year, and they claim more lives than any kind of fire. We can reduce our risk of becoming victims of a house fire ourselves by following fire safety best practices. Today, we’d like to focus on a domestic fire threat that too often goes overlooked: dryer lint. 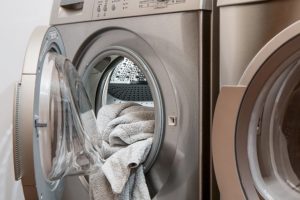 Today, we’d like to focus on a house fire threat that too often goes overlooked: dryer lint.

What’s the Danger of Dryer Lint?

Most house fires start in the kitchen, so most people are well aware of fire safety best practices when cooking. But the flammability of dryer lint is less well-known. In fact, dryer lint is so flammable that some people like to use it as a recycled fire-starter.

But when lint builds up in your dryer, it can become quite a fire risk. As your dryer heats up, the lint could burst into flames. The U.S. Fire Administration attributes as many as 2,900 house fires every year to clothes dryers—and a majority of those result from lint’s flammability.

So what can we do to prevent dryer lint fires?

The most basic thing you can do to dramatically reduce your risk of a dryer lint fire is regularly cleaning your lint trap. You must do this after every load of laundry that goes through your dryer.

You may have gotten in the habit of doing this after every few loads. Even worse, some people don’t do so until they notice their clothes aren’t drying as well anymore. Now’s as good a time as any to change your ways and begin cleaning the trap after every single load of laundry.

Replace Aluminum Foil Duct (If You Have One!)

Your dryer needs to be hooked up to a vent in the back, and there should be some sort of duct that does so. On many dryers, this duct will take the form of an accordion-style aluminum foil tube. These are popular because they’re affordable, but they can actually be something of a fire hazard.

Aluminum foil ducts make it easier for dryer lint fires to occur. This is because they can sag or be crushed, making it easier for lint to build up. There are plastic varieties too which pose the same issue.

If you have this kind of duct, you should invest in another. Look into rigid—or, at the very least, semi-rigid—metal ducts.

Clean Out the Duct Every Year

When was the last time you cleaned out your dryer duct? If you’re not sure what we’re talking about, there’s a good chance you never have. Over time, lint will fill up the duct and it could form a blockage. One indicator of this would be if you don’t see steam emerging from the vent outside in the winter while your dryer is running.

To further reduce your risk of dryer lint fires, you should clean out this duct at least once per year. Here is a good guide on how to do so.

Categories: Residential Fires | Tags: dryer lint, house fires, and residential fires
This entry was posted on Friday, March 5th, 2021 at 11:23 am. Both comments and pings are currently closed.